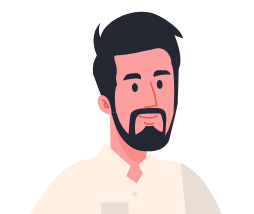 Over the past seven years, there has been a boom in subscriptions. Part of the reason for this is that consumers want to subscribe now more than ever. Subscriptions aren’t a new concept. In some form, they have always been around. But there’s been a radical shift that has made the subscription economy climb 350% in seven years. What has made consumers become more responsive to subscriptions and more interested in products as a service that they can sign up for?

There are a large assortment of variables that has triggered this type of change. In this article, we’re going to explore the question of why we subscribe and how it has caused the incredible growth of the subscription economy.

Many people are not aware that when the original concept for Apple first entered the market, it failed spectacularly. There were a number of products released before Steve Jobs and Apple found their footing. The reason for this was simple.

The products being sold were too complicated. As well as this, there wasn’t a lot of choices. Macintosh computers were on a closed system which made them frustrating for users who were unable to connect.

Eventually, Apple changed tactics and began to create products that kept things simple and user-friendly. That’s what consumers want and subscribing to services has become easier than ever over the past few years.

Part of the reason for this is certainly the advances in technology. Tech has made the concept of subscriptions easier and more accessible for consumers and a key example of this can be seen in the streaming market. Ten years ago high-quality streaming would not have been a possibility for most people.

Internet connections weren’t fast enough, computers weren’t providing enough power and there weren’t a high number of devices that we’re able to cater to this need. Now, virtually every smart device on the market is built for streaming and internet speeds have soared. Movies will now load in seconds.

Of course, it’s not just about how easy subscriptions are to access these days. It’s also about how affordable subscriptions can be. Subscriptions can be a lot more budget-friendly than a full purchase of an item or product. It can also reduce the number of large payments that a consumer will need to make. Instead, they can access the products that they want at lower costs and still gain the big practical benefits that they’re looking for on the market.

When consumers purchase products, it’s difficult to fit those into a foreseeable budget. Those purchases could happen at any time. But subscriptions turn products into a service that becomes easier to understand financially and perhaps crucially, easy to predict. With a subscription service, customers know when money will leave their account each month and they know how much it’s going to cost them. It happens like clockwork on a schedule like any other payment. They can plan for it, they can fit it into their budget.

They don’t have to worry about the cost of an item causing a hit to their finances. Instead, they can access the services and products that they want with costs that are more friendly and more convenient.

Don’t forget, most consumers are only going to use one or two subscriptions, within particular industries and sectors. As such, they barely feel the cost of these monthly payments.

Part of the reason is probably that the way customers interact with businesses has changed. Consumers have more power with businesses that they buy from than ever before. Thanks to social media, if a business is providing a poor service or solution than a consumer can quickly take action. They can hit the business with a negative review. Or, alternatively, they can post feedback online through social media. They can spread the word and before long everyone knows that a business is providing a poor level of service. It provides the consumer with a lot of power to shift and change the market.

Due to having this power, customers understand they can demand more and that’s exactly what they do. With subscriptions. Businesses are providing customers with a constant level of value. They are offering to deliver consumers more for potentially less. Car subscriptions are an excellent example of this. A relatively new idea, this subscription can allow users to switch their cars as many as eighteen times each year. Again, for the target consumer, this is going to be accessible at a cost that is affordable.

It also ensures that the consumer gets what they want. They can connect and commit to a brand that they love because that brand is providing them with a reason to do so. Subscriptions are also often based around the needs of the target audience.

Shoe subscriptions are a relatively new concept. However, they are targetting consumers that change their shoes regularly like athletes. Athletes wear out their shoes more often so this is a group that would want a service where they can constantly get new shoes. Subscriptions can be this targetted at a niche level or at a broader scale.

As you can see then, there are numerous reasons why subscriptions have become so popular with consumers. They have brought a significant shift to how consumers connect with brands or businesses and what they expect from them. This has been possible due to changes in technology and the growth of the internet which has made these interactions more accessible and more rewarding over time.