Sales tax in the United States: Why is it so complicated? 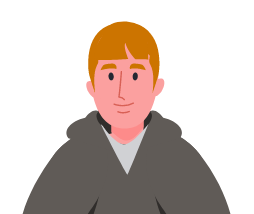 In the United States, taxes are placed on the lease or sale of goods and services. To make matters complicated, there is no national sales tax. Instead, it is governed at the state level. This means that sales tax is imposed by the 45 states, as well as Guam, the territories of Puerto Rico, and the District of Columbia. In this blog post, we are going to explore sales tax in the United States in further detail, so you can understand the history and complexity of the system.

The history of sales tax in the United States

The use of sales taxes in the United States can be dated back to 1821 when mercantile license tax was introduced in Pennsylvania. However, this, as well as other early taxes, were not broad-based. The depression era is often credited with the development of modern state sales taxes. Kentucky has been credited with imposing the first tax that was levied exclusively on retailers. Passed in 1930, the initial tax was progressive. However, it was then replaced four years later with a 3 percent flat rate tax. This was then eliminated two years later in 1936. The current sales tax in Kentucky was adopted in 1960. Mississippi has been credited with the first sales tax by the Commerce ClearingHouse, which was introduced in 1930. Currently, sales taxes are imposed by the District of Columbia and 45 states. 24 of the states first levied tax during the 1930s. In the 1940s, six states followed suite. There were then five who imposed taxes in the 1950s, and 11 started to charge taxes in the 1960s. The most recent state to impose sales tax is Vermont. They did so in 1969. There are five states that do not levy general sales taxes at present. These are Oregon, New Hampshire, Montana, Delaware, and Alaska.

What makes sales tax so complicated?

Let’s take a look at the different reasons why sales tax is so complex.

Sales tax is governed at the state level

The main reason why sales tax is so complicated is because the United States does not have a federal sales tax. Instead, sales tax laws are made by each state. This means that merchants that work around the country can find themselves dealing with 46 different sets of sales tax rules and regulations. As mentioned, there are five states that do not have sales taxes at the moment. If you have sales tax nexus in a state, which basically means you need to collect sales tax in a certain state, then you must complete a registration process for a sales tax permit within the state in question. The process for this will not only vary based on the state, but there are going to be different rules for sellers as well. Even if you only have to handle the collection of sales tax, as well as filing and reporting, in two or three states, the experience can be drastically different from state-to-state. So, just imagine how complicated and difficult it gets if you have 46 different state systems to navigate!

Another reason why sales tax is so complicated in the United States is because the sales tax rate generally varies anywhere from two to six percent per state. There are some states that have a single tax rate that applies across the state. For example, this is the case in Connecticut. The current sales tax rate is 6.35 percent. This means that you would pay this rate irrespective or what item you buy and where you buy it from. Nevertheless, it’s not that simple in a lot of places.

This is because a lot of states enable cities, countries, and other local areas to levy a sales tax as well. This is why you would need to pay six percent sales tax when buying an item in Kennesaw, Georgia, which is in the suburb of Atlanta. However, if you make your way to Atlanta purchase the exact same thing, the sales tax rate would increase to 8.9 percent. This is where it can get very tricky when it comes to the collection of sales tax, especially when doing so online.

Some products are taxed differently

Not only do you have different taxes across different states but you also have to contend with the fact that some products are taxed differently when compared with others. Anything that is tangible personal property is deemed taxable. However, some products, typically those deemed necessities, are not taxable in some states. Groceries are a prime example of this. In kentucky, textbooks are not taxable. In Pennsylvania, clothing is not taxable. In some cases, items like this are taxed at a reduced or different rate. For example, groceries are taxed at a reduced rate of one percent in Illinois. In New York, if a clothing item is lower than $110, it is not taxed.

Other complexities to consider

Aside from the areas that we have discussed so far, there are a number of other reasons why sales tax is so complex in the United States. This includes the fact that Filing due dates for sales taxes vary in each state. This can make it a nightmare in terms of ensuring all of your sales tax returns are submitted on time so that you do not incur any penalties. You may also need to pay tax on shipping charges – but only in certain cases.

So there you have it: everything you need to know about sales tax in the United States. Hopefully, you now have a better understanding regarding why it is so complicated. With 45 states, a whole lot of variability, and more than 10,000 sales tax rates, it can feel almost impossible for retailers to make sense of sales tax in the U.S.